Moe’s Swing – A Masterpiece of Movement

If you were an artist describing Moe Norman’s swing you would call it a masterpiece. You would see the geometry of the lines, the beauty of the movement and how there isn’t one wasted brush stroke. You would also see the architecture, the powerful club delivery and the economy of his movement.

Geometry, power and economy – three technical words to describe what Moe called a “Feeling” of greatness. So how do you go from the technical aspects of a golf swing to feel? To use the body as a tool and tech it to or swing effortlessly is a magical feat. In my opinion, this is one of the greatest accomplishments.

As you know, every artist who seems to be performing miraculous illusions on canvas has a few tricks up their sleeve. I believe Moe did as well. I believe his swing motion and movement was based on limitations. Yes, limitations. I believe that what you are seeing when you watch Moe – is a swing that won’t fail.

If I told you to make a backswing but do not let the trail knee move and keep your lead heel completely on the ground your backswing would look something like this: 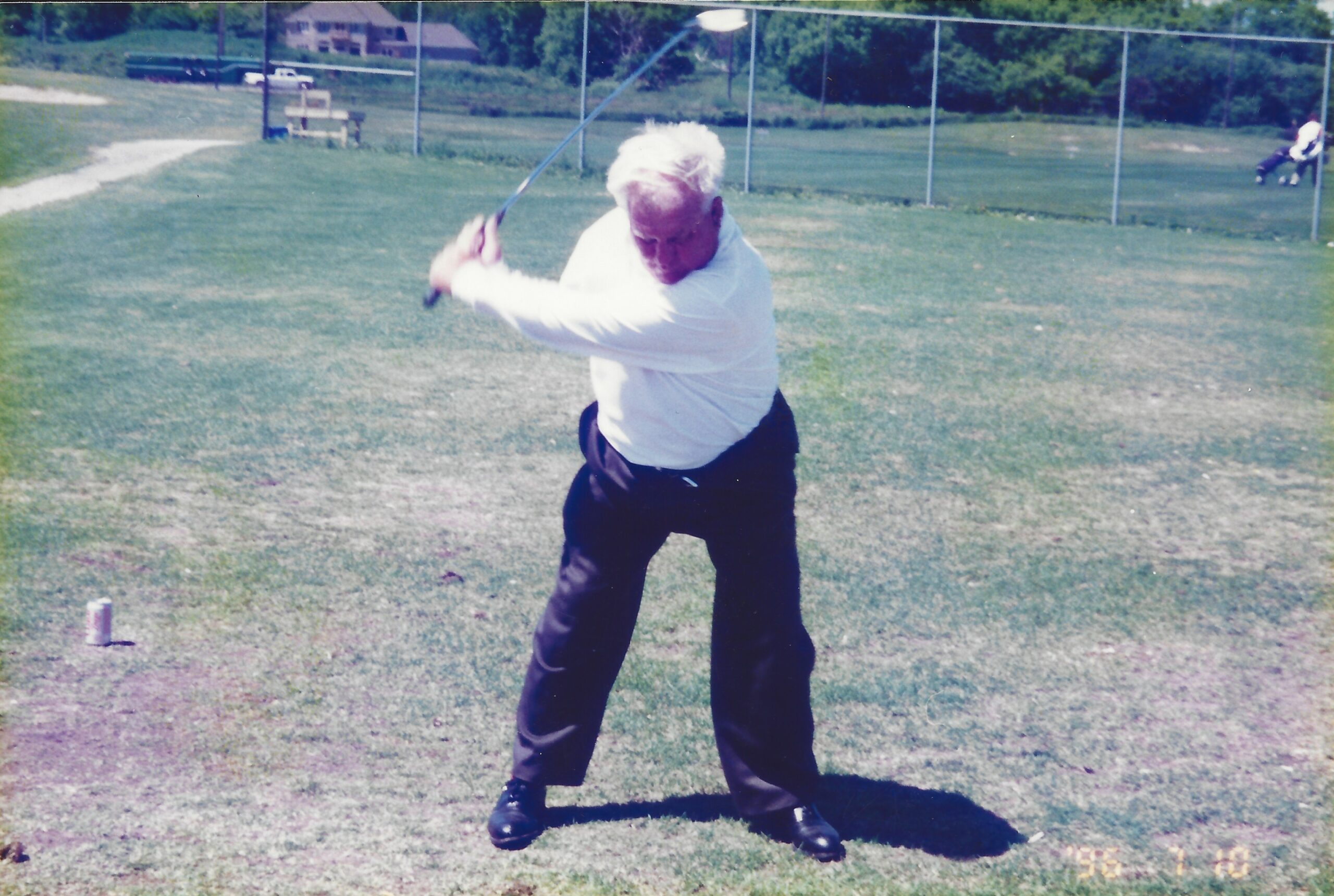 You see how Moe’s lead foot is on the ground, his spine is tilted and his trail leg hasn’t moved. The trial leg has braced the rotation of his hips. Moe has limited the motion with certain aspects of his body. In doing so, this is the only place he can take the golf club in the backswing – he has reached a maximum.

If I asked you to rotate your hips in the downswing, you might ask “how much”. What if I said “As much as you can” but only under these two conditions: you must keep your trail foot on the ground and you must have you lead knee flexed all the way through your release and into your finish.

Take a look at this picture: Moe is hitting into a flexed la knee creating a limit to his hip turn. His trail foot is on the ground These factors create a boundar 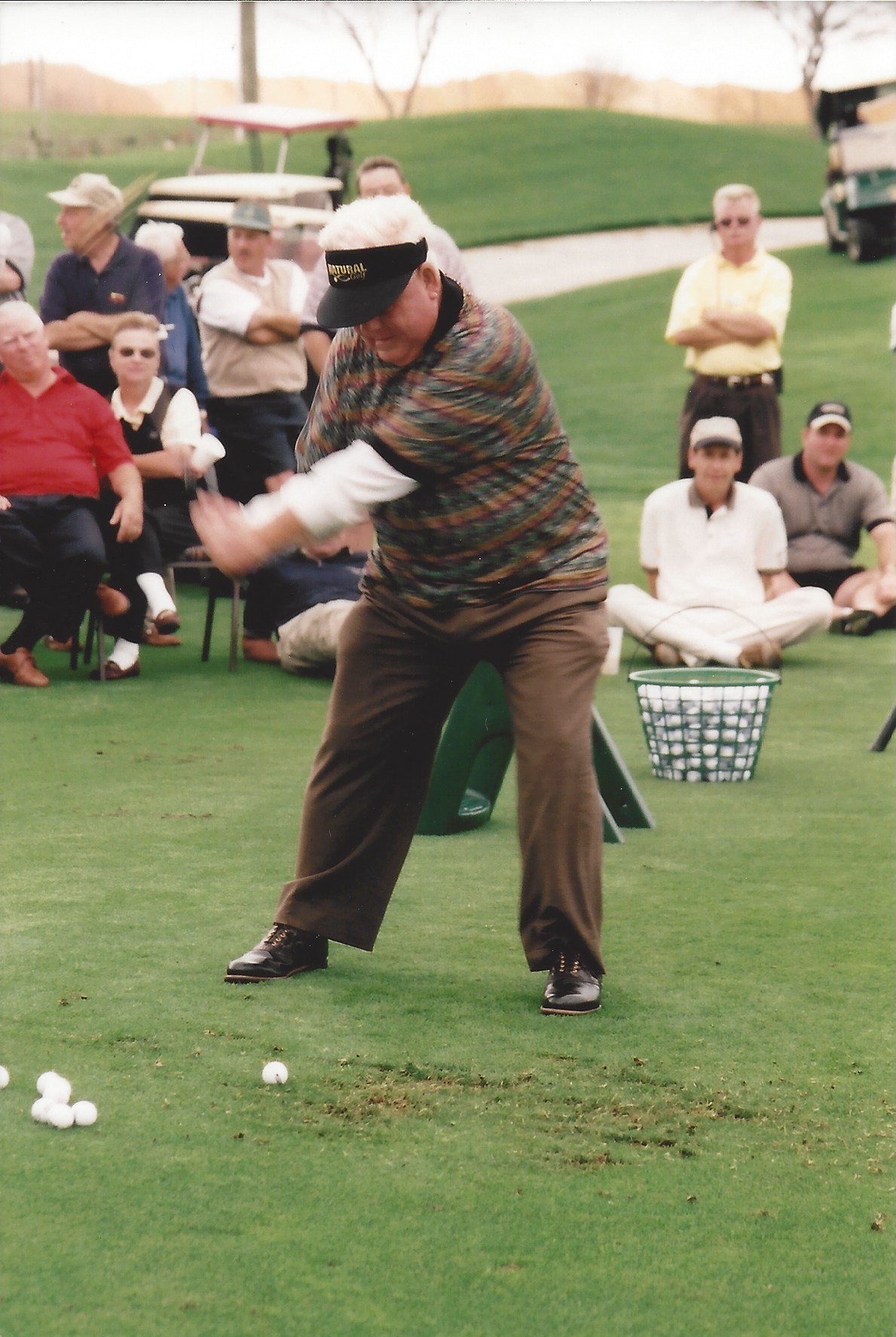 y that allowed Moe to move maximal and masterfully.

Like all artists who understand the mechanics of their art, Moe limited the movement of his body – possibly making this a “secret” to consistency and accuracy.